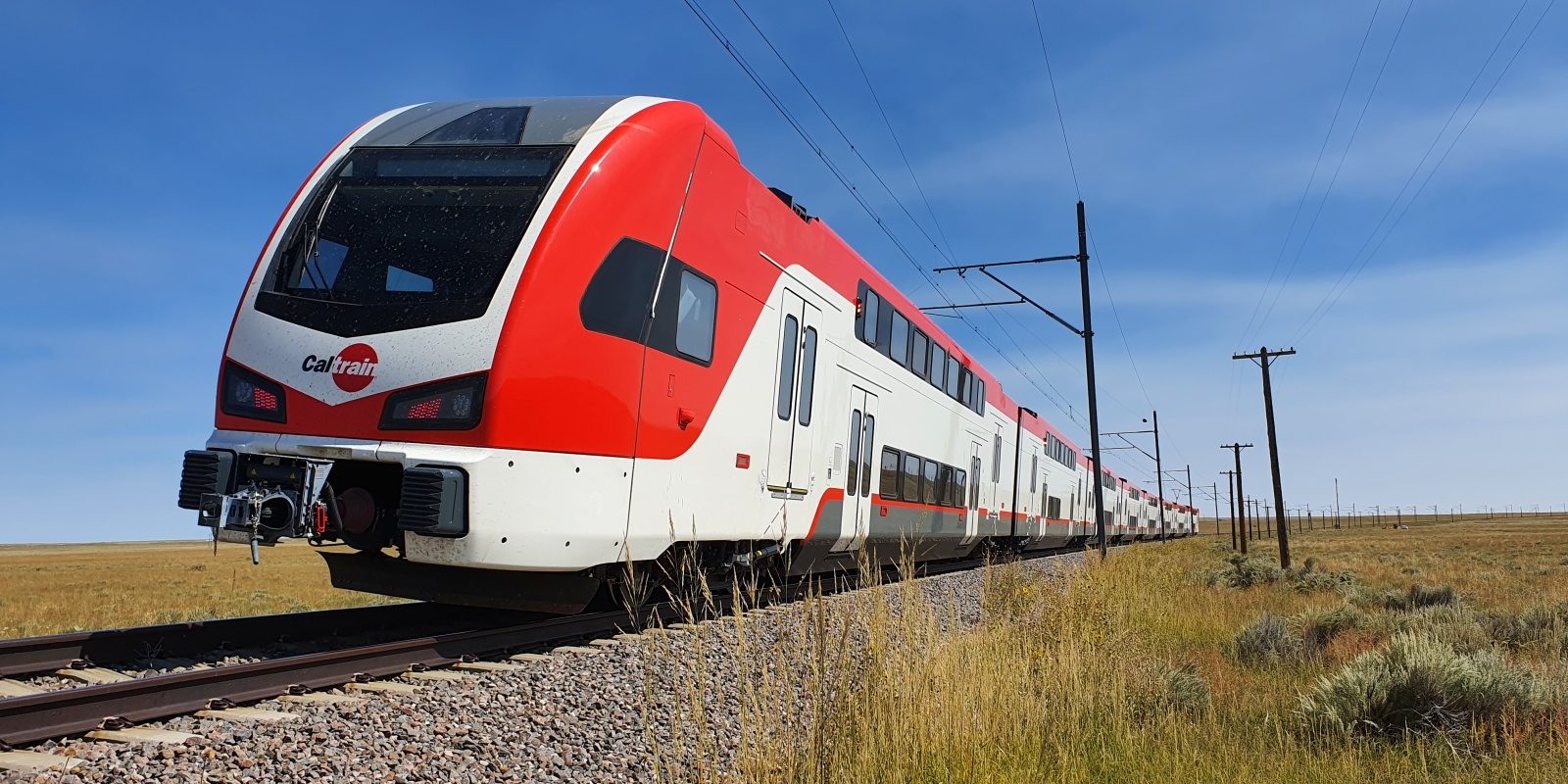 The KISS Caltrain is a double-deck EMU consisting of six wagons; as much as eight wagons were used for the tests. Totally 16 EMU’s with option for further 16 will be built for the San Francisco, San José and Gilroy line in California.

The tests were realized in two stages – four weeks in March and April and seven weeks in September and October 2021. The running behaviour tests using six VÚKV measuring wheel sets were realized in terms of both stages followed by the running strength tests on the TTCI testing circle near Pueblo, Colorado. The stationary safety tests against derailment on a distorted track and sway tests using VÚKV technology again were carried out at the end. This part of the tests was realized at the producer in Salt Lake City, Utah.

The tests would have to fulfil the standards valid in USA. The EMU was designed for maximum speed 110 mph (177 km/h) but 115 mph (185 km/h) was reached during the tests. All measurements validate the satisfactory features of the unit. The tests represented a new experience during the tests in an overseas testing facility and at the producer. The expectation of an exacting customer was fulfilled and new chances for the testing laboratory were opened.