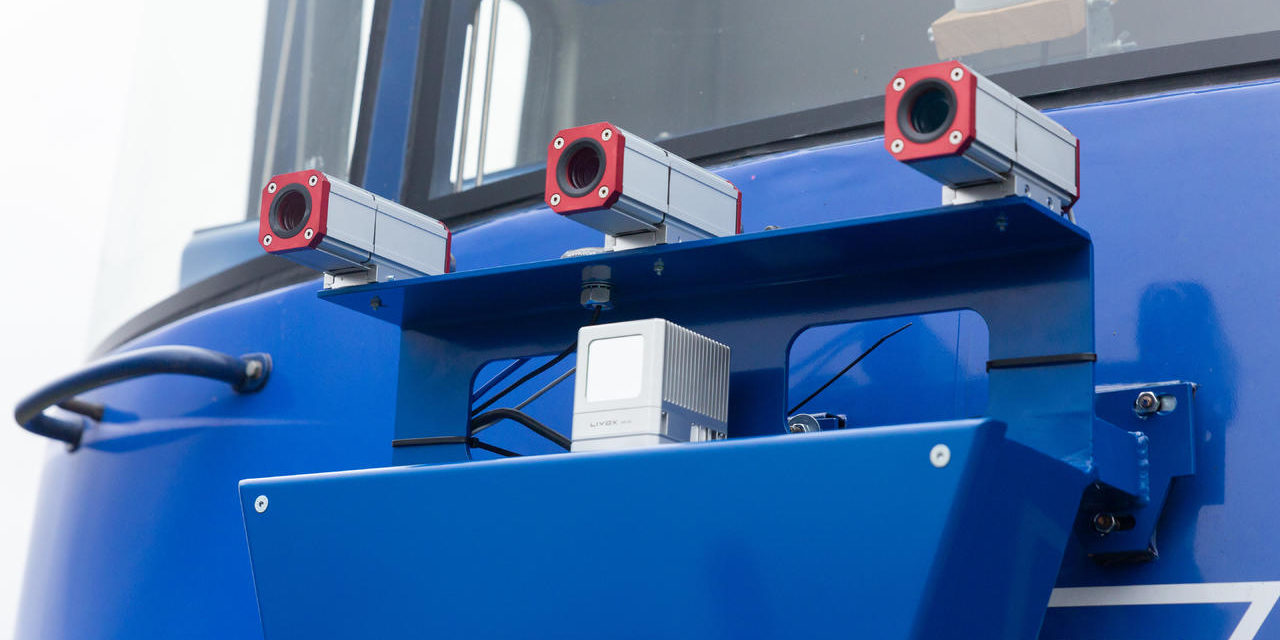 AŽD presented the first public ride of an autonomous train on a digital railway on Švestková dráha (Plum Railway line). A railway vehicle without the driver’s intervention reacted, for example, to a broken-down car standing at a level crossing.

AŽD is working intensively on the introduction of advanced autonomous technologies into practice, thus creating space for a new philosophy of driving a railway vehicle. This can mean autonomous operation without any crew on the regional connecting line, but also a set of so-called assistants, who will facilitate and support the driver’s work in specific parts of the journey. „We definitely do not work with a black-and-white vision of replacing drivers, but with a vision of a modern way of operating the railway, where a number of processes can still not be ensured other than by professional staff,” says Zdeněk Chrdle, CEO of AŽD.

Gradual steps will make it possible to increase efficiency and reduce the cost of operating railways. In the near future, there will be a full automation of specific operating procedures (e.g. autonomous train movement in the depot) and it will be possible to deploy intelligent assistance systems that will facilitate the work of drivers. In addition, it is necessary to prepare for the possibility that the unavailability of qualified staff may significantly reduce the standard of regional transport services.

Among other things, the autonomous train operation system implements functions “replacing” the driver’s senses. „In practice, this means installing a range of sensors, detectors, artificial intelligence, support and diagnostic systems on the vehicle and on the track to ensure the required safety and operational efficiency. Considerable attention is also paid to the issue of ensuring safe interaction of automated railways with road transport. Here we use cooperative ITS systems and the results of the C-ROADS project, which involves direct communication between road vehicles or vehicles and infrastructure, including railways,” explains Zdeněk Chrdle.

The transition to the future fully autonomous railway is also hindered by current legislative conditions. AŽD therefore solves not only technical challenges, but also legislative issues, both at the national level and in cooperation with European partners and institutions. In addition to European projects within the joint venture of the EU and the railway sector Shift2Rail, AŽD directly cooperates with Czech research centres, including the Czech Technical University in Prague, University of West Bohemia in Pilsen and the Brno University of Technology. As a founding member of Europe’s Rail (a joint venture between the EU and the railway sector), AŽD will continue to promote the vision of digital railways in cooperation with major European partners such as railway infrastructure managers, carriers, major manufacturers and suppliers or research centres.

The vehicle receives segment profiles from the dispatching centre, which provide a basic description of the route in terms of driving conditions.

The train shall use the ETCS system and standardized location elements located in the track for its precise positioning on the line.

The train waits to receive the running profile, which can be generated automatically based on the timetable and in relation to the current state of the traffic situation. This makes it possible to optimize dynamically the train’s running, taking into account energy savings and maximum compliance with travel times.

The system is ready for fully automatic departure of the vehicle without the intervention of the driver according to the timetable. However, the train does not leave and starts honking autonomously, because there is an assistant creating a living obstacle in front of the vehicle.

When an assistant leaves the track within one minute after the scheduled departure, the system resumes the automatic departure of the train without the need for remote manual confirmation by the dispatcher.

The train automatically departs from the station without the driver’s intervention, with the obstacle detection system monitoring the area around the vehicle. It uses laser systems (LiDAR) for 3D modelling of the track environment, optical systems and satellite train localization in cooperation with a digital track map. The system is supported by functions for the identification of detected objects using artificial intelligence.

The train approaches the crossing where the broken car is standing, the system automatically responds with a horn, and as the car does not leave, the railway vehicle stops in front of the obstacle without the driver’s intervention.

The train does not depart automatically after clearing the crossing. It is waiting for the consent of the dispatcher, who checks the situation remotely via cameras on the train. After the consent is issued, the train continues to the next station, where it automatically stops for passengers boarding.

In 2022, AŽD is moving development activities in the field of autonomous train operation to its second line – Kopidlno – Dolní Bousov. Today, this line is without regular passenger transport and its technologies are being currently significantly modernized. The development teams will have enough space for further development, verification, testing and commissioning of autonomous technologies there.