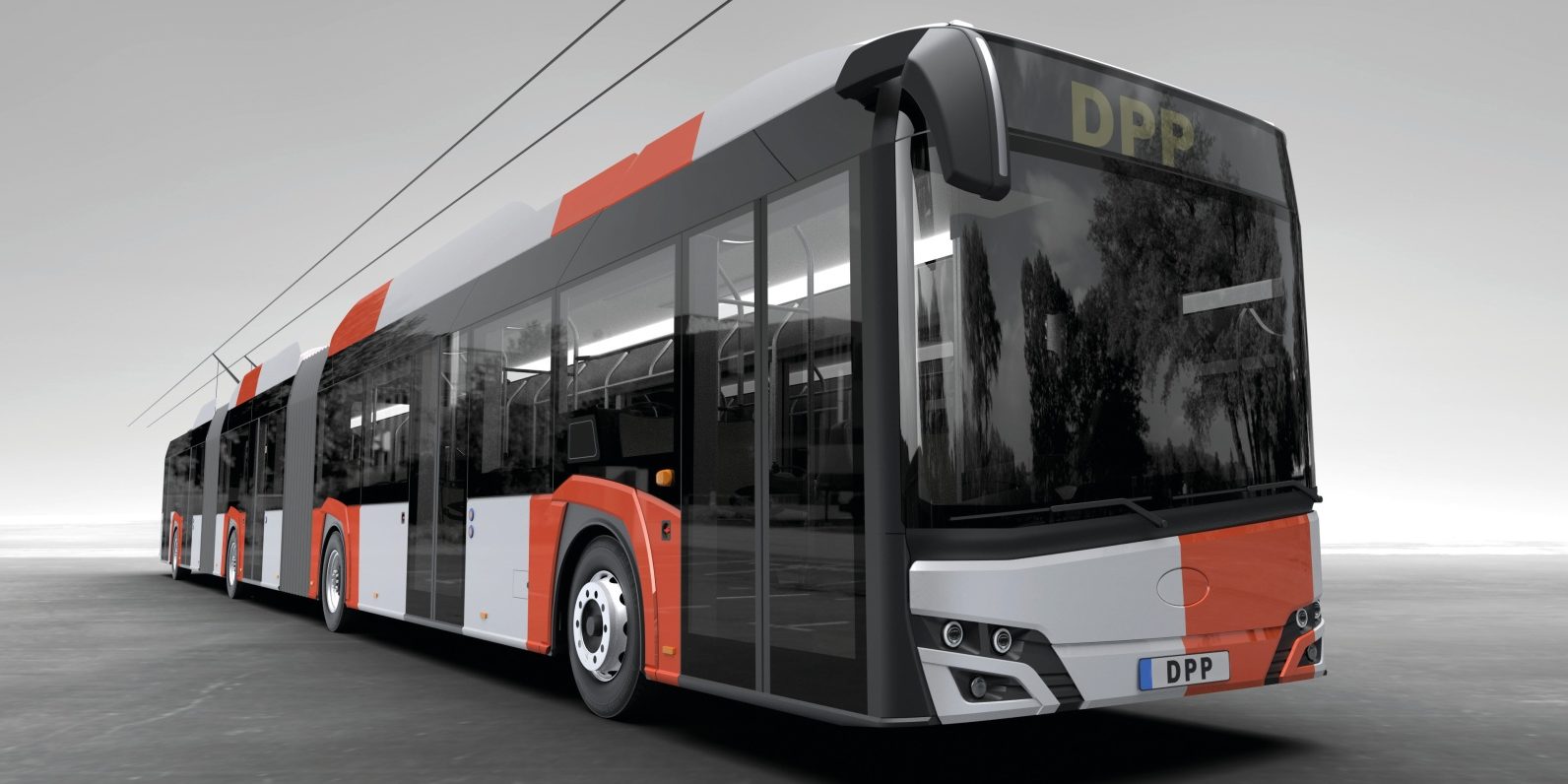 Prague City Transport Company (DPP) signed a contract for the order of 20 new large-capacity trolleybuses from a consortium of the Škoda Transportation Group, Polish manufacturer Solaris Bus & Coach and Solaris Czech. Prague will thus be the first city in the Czech Republic to operate the new 24.7-metre-long double-articulated trolleybuses.

The new trolleybuses, with working business name Škoda-Solaris 24m, will be deployed on future trolleybuses that will be created after electrification of current bus line 119, which run from Nádraží Veleslavín to Prague Václav Havel Airport. The value of the contract is over CZK 620 million. The deliveries will be made over the next 24 months. Škoda Transportation Group is member of PPF Group.

„It is great that Prague is returning to trolleybus transport, which began to write its history here as early as 1936 when Škoda trolleybuses were already there. Trolleybuses are a key means of transport in many European cities and their introduction to Prague Airport will ensure that passengers have a comfortable and especially quiet journey to the centre of Prague. In addition, diesel buses will be replaced by trolleybuses on this line, which will significantly reduce carbon dioxide emissions. We believe that other cities will be inspired and will have high-capacity trolleybuses for their backbone routes,“ says Tanya Altmann, Senior Vice President Bus Mobility Solutions at Škoda Transportation.

“In two years’ time, returning from holiday will not be as difficult as it has been. We will no longer be waiting for a crowded, uncomfortable bus with a heavy suitcase or backpack. A three-car trolleybus will arrive at the bus stop. They will be comfortable, quiet and offer a smooth ride. No bunching. They will be closer to a tram than a bus in terms of ride quality and comfort. Moreover, they will be partial and thanks to modern technologies we will not have to stretch new wires along the entire length of the line and we will use existing lighting poles,” said Adam Scheinherr, Deputy of the Prague Mayor and Chairman of the DPP Supervisory Board, adding: “The beginning of this year is really marked by electromobility and modern technologies. We have started building the infrastructure for the first regular trolleybus line in Prague from Palmovka to Miskovice. We already have 15 articulated battery trolleybuses in production for it. The first electric trolleybuses are running in Prague and by the end of February, there will be a total of 14 of them. We have obtained a joint permit for the electrification of line 119 to Václav Havel Airport and now we have the winner of the public contract for the purchase of three-cell trolleybuses for this line.”

The exact length of this unique two-cell trolleybus is 24 700 mm. Its capacity is 179 passengers on board, of which 54 are seated. Two wheelchair spaces are also available inside the vehicle. The trolleybus is five-door and provides ample space for passengers, including any luggage. The lighting of the passenger compartment and the exterior lighting has been designed using LED technology. On board, there will be no shortage of equipment such as direction indicators, efficient air conditioning and a monitoring system including an interior camera, reversing camera and pantograph camera. The driver will be able to carry out his daily tasks in a comfortable enclosed cabin with high windows.