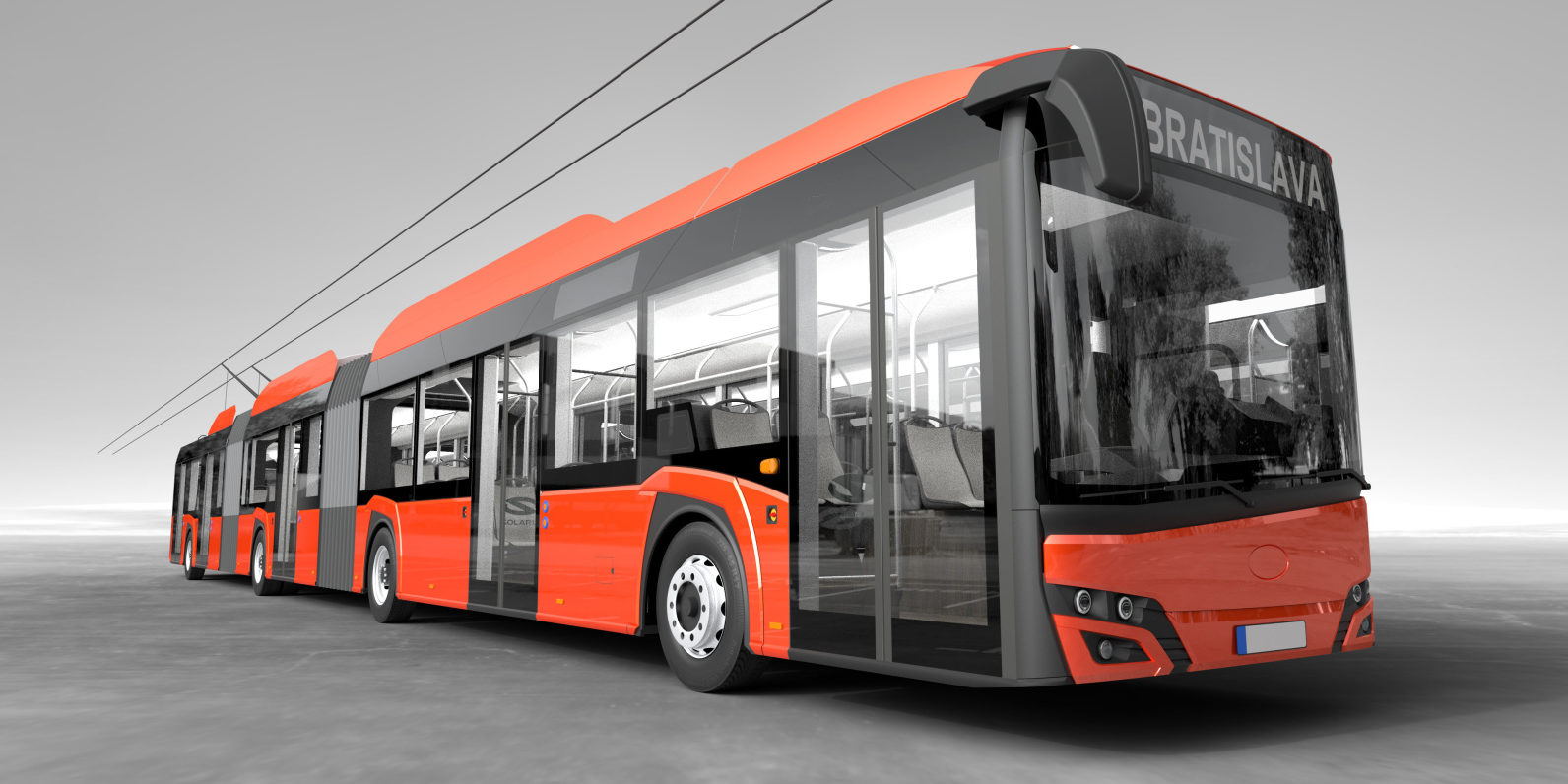 Significant modernisation of the trolleybus fleet awaits Bratislava. Pilsen group Škoda Transportation has won two tenders to supply 23 double-articulated and 16 high-capacity triple-articulated trolleybuses for Slovakia’s capital city. The value of the two orders is more than 29 million Euros, and delivery of the vehicles will be completed within 20 months of the contract being signed. The purchase of the new vehicles is part-funded by the EU. Škoda Transportation Group is part of PPF Group.

„The new contracts for Bratislava follow on from a succession of successful deliveries of our vehicles to Slovakia. I believe that the new trolleybuses, thanks to their modern solution and ecological operation, will again raise the quality of public transport in our neighbour’s capital, and that both passengers and the transport company will be happy with them,“ sag Tanya Altmann, Senior Vice President for Bus Mobility Solutions in Škoda Transportation Group.

Both types of trolleybus that Škoda will supply to Bratislava are battery-powered. The vehicles are thus equipped with battery auxiliary power, in line with the latest trends. “The vehicles can also drive in places where there are no overhead contact lines, for instance the 18-metre trolleybus has a minimum range of 10 kilometres on its traction battery,” explains Tanya Altmann, who adds another interesting thing: “In addition, the 18-metre trolleybuses will have luggage racks installed, which is unusual for city buses. These vehicles are expected to be introduced for lines to the airport.”

Residents and visitors to Bratislava can look forward to two types of new vehicles. The first which Škoda is supplying is the 18-metre long Škoda 27Tr articulated trolleybus. The second type is the triple-articulated Škoda-Solaris 24m trolleybus. As their name suggests, these are 24 metres long and have a capacity of 160 passengers. They are intended to be used on line 71, the busiest city trolleybus line, which also serves the main railway station. Bratislava will be the second transport company, after Prague, where these trolleybuses manufactured by a Škoda and Solaris consortium will operate.

Both types of trolleybus will be equipped with air conditioning for the driver and passengers, space for prams, wheelchairs and bicycles, modern information systems, including for instance, in addition to information panels, internal and external cameras, automatic passenger counting and a Wi-Fi connection. Equipment for transmitting diagnostics data remotely will also be installed in the vehicles.

In the Slovakian capital trolleybus transport is seen as being very promising. Bratislava plans to modernise, expand and speed up the trolleybus network. Thanks to the supply of new vehicles, it will be possible to increase the transport capacity and replace the less ecological diesel buses on selected lines.

The current contract follows on from the previous significant consignment from 2014 and 2015, when Škoda produced a fleet of 120 trolleybuses for our neighbour’s capital city. Under the contract the Bratislava transport company received a total of 70 Škoda 31Tr large capacity vehicles and 50 Škoda 30Tr 12-metre vehicles.