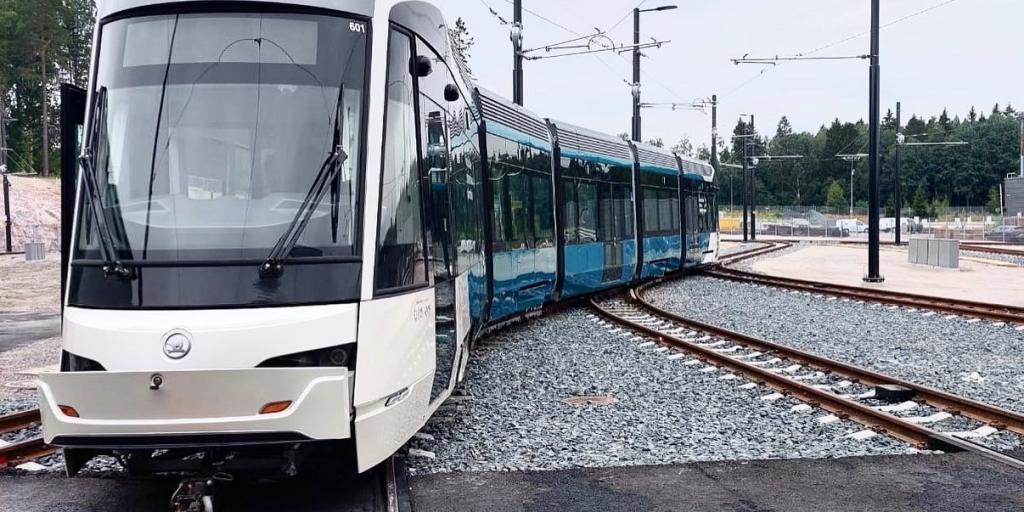 The Škoda ForCity Smart Artic destined for the Jokeri line completed its test runs without any problems and was transported to its “home” depot in Roihupelto.

The new trams have received positive feedback from passengers and the transport company in Helsinki. The ForCity Smart Artic X54 left the Kaupunkiliikenne Oy Koskela depot on Wednesday and is safely on the tracks after successful commissioning, including the installation of a pantograph. The tram is now ready for another set of technical tests, rides and driver training. The Skoda Group is supplying 29 of these low-floor vehicles to the Jokeri Line, and an option for a further 23 trams has also been exercised to serve the newly planned Crown Bridges Light Rail. Škoda Group will also provide full service for the entire fleet until 2031.

The Jokeri Line is a new railway connecting Helsinki and Espoo, which will be fully served by these vehicles. The line is 25 kilometres long, will connect 34 stops and is scheduled to be launched in 2023. Crown Bridges will connect Laajasalo, Korkeasaari and Kalasatama with Helsinki city centre.