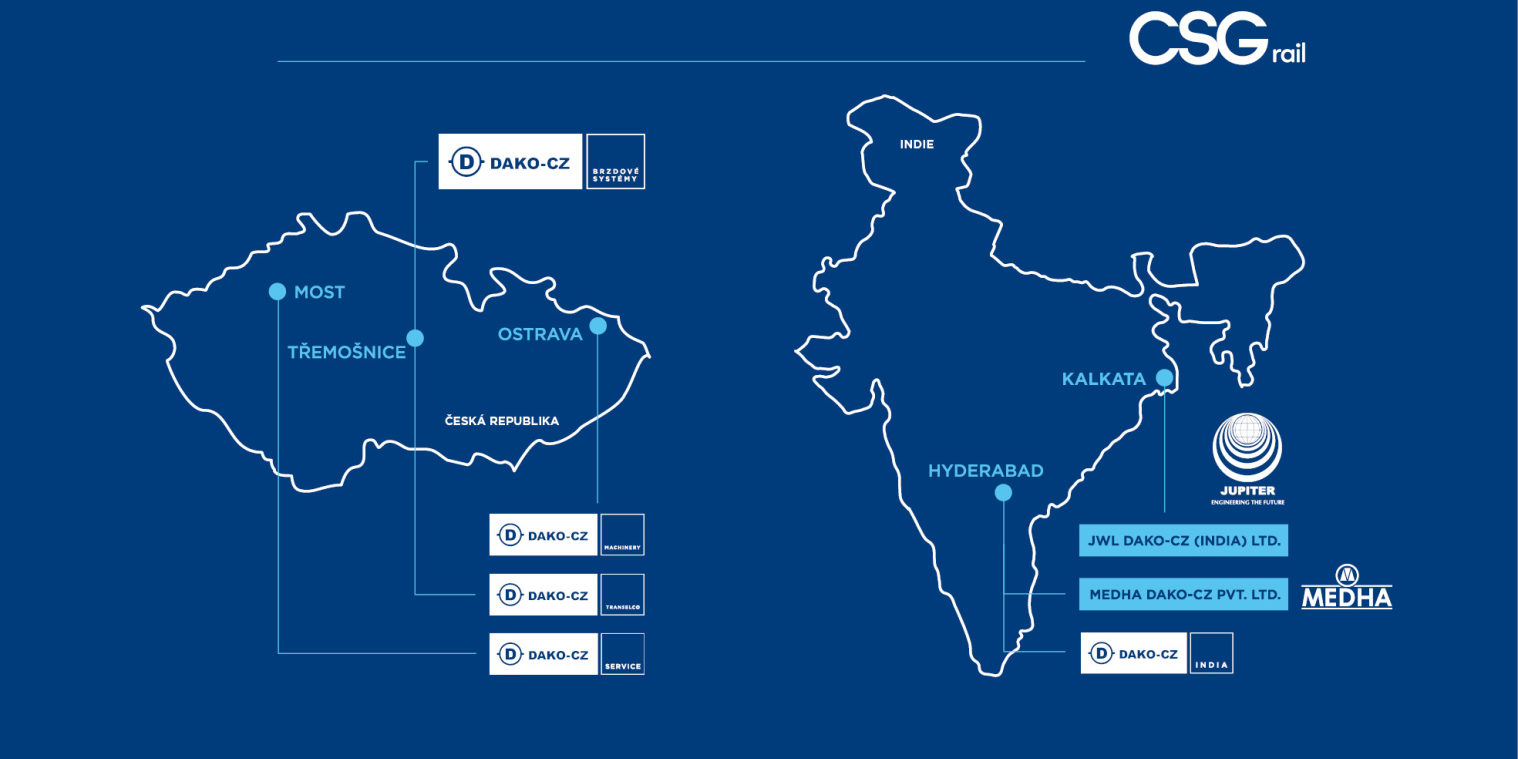 The production plant in Ostrava, a subsidiary and two joint ventures with key partners in India. The manufacturer of brake systems and components, the Třemošnice company DAKO-CZ, is experiencing a successful period. Since 2019, when it reached one billion in sales for the first time, it has been growing by more than twenty percent a year, and this year it will attack the two-billion turnover. Domestic and foreign activities take part in it.

Last year, the industrial-technological holding CSG became the 100% owner of the company, and a new CSG Rail division began to form around DAKO-CZ. In addition to DAKO-CZ, this includes the subsidiary company DAKO-CZ Service with its office in Most. DAKO-CZ also acquired the manufacturer of couplings, Transelco, and built a new subsidiary production company DAKO-CZ Machinery in Ostrava, in which the company concentrated serial production for the Indian market as well.

In India, where DAKO-CZ has been generating a significant share of sales for several years, the wholly-owned subsidiary DAKO-CZ India Ltd. has been established this year, as well as two joint ventures with domestic producers. Specifically, it is JWL Dako-Cz India Ltd. with Jupiter Wagons Ltd., number two in the truck manufacturing market, and MEDHA DAKO-CZ Ltd., which DAKO-CZ founded together with a key player in the Indian market and its partner, Medha Servo Drives Pvt. Ltd.