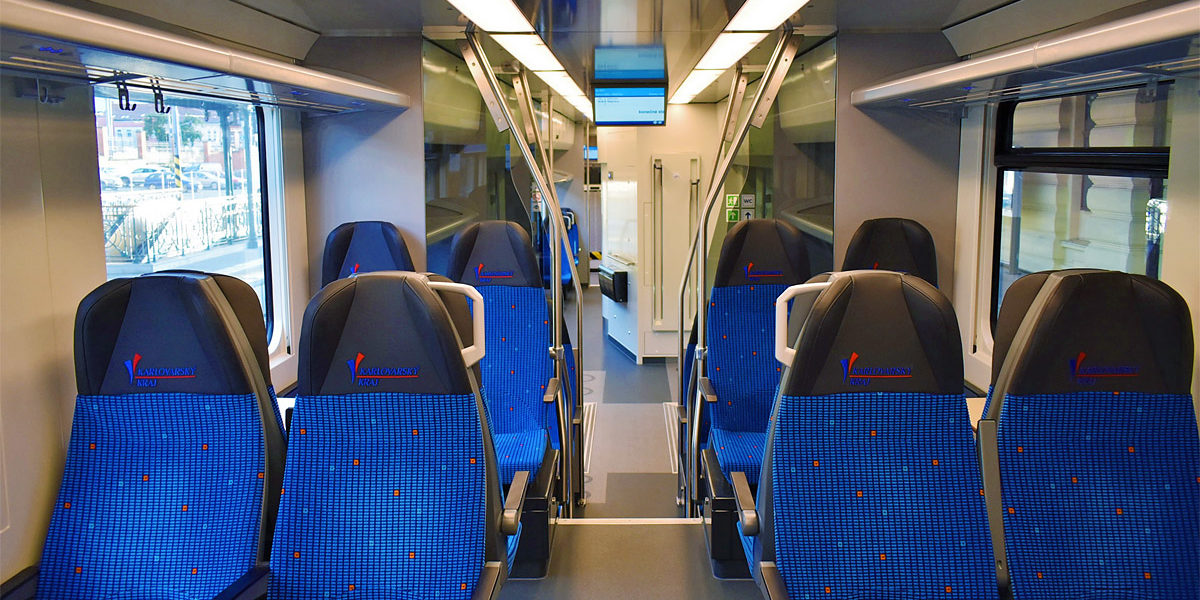 Currently, production of seats for ŠKODA Group’s projects for Czech and Slovak Railways is running at full speed. BORCAD is focusing on projects of RegioPanter trains for South Moravian Region (in total 37 EMUs) and for Czech Railways (2-car and 3-car trains, in total 110 EMUs) while some of the 2-car trains are already in operation for ČD in Pilsen region.

In the second half of 2021 were finished deliveries of seats for Panter trains in colours of Slovak Railways (25 EMUs), for Moravian-Silesian PUSH-PULL trains (five double-deck trainsets), and 50 wagons of first and second class for long-distance travel for Czech Railways (now operated under the InterJet brand, delivered by Škoda-Siemens consortium). In preparation is a follow-up of the Slovak project, deliveries will continue from September 2022. At the end of this year BORCAD will start deliveries of its biggest project for ŠKODA since cooperation on CityElefant trains – for the following three years BORCAD will participate on ČD 182 project. Apart from the COMFORT seats for first class and FLEXIO seats for second class, a bistro compartment is now a part of the project as well.

During 2021 BORCAD implemented a number of organizational changes to ensure stability of deliveries even in the turbulent situation and increased the production capacity for the most important Czech customer for the upcoming years. In the last financial year BORCAD’s turnover grew by 57% to 522 million CZK and this year’s turnover is planned at the level of 700 million CZK. However, a major problem lies in the unprecedented increase in prices of the input material and the related significant uncertainty concerning the future development of the whole segment of rolling stock components’ producers.