VÚKV a.s. and stationary tests of the Stadler metro unit

NEWSNews from the CZE 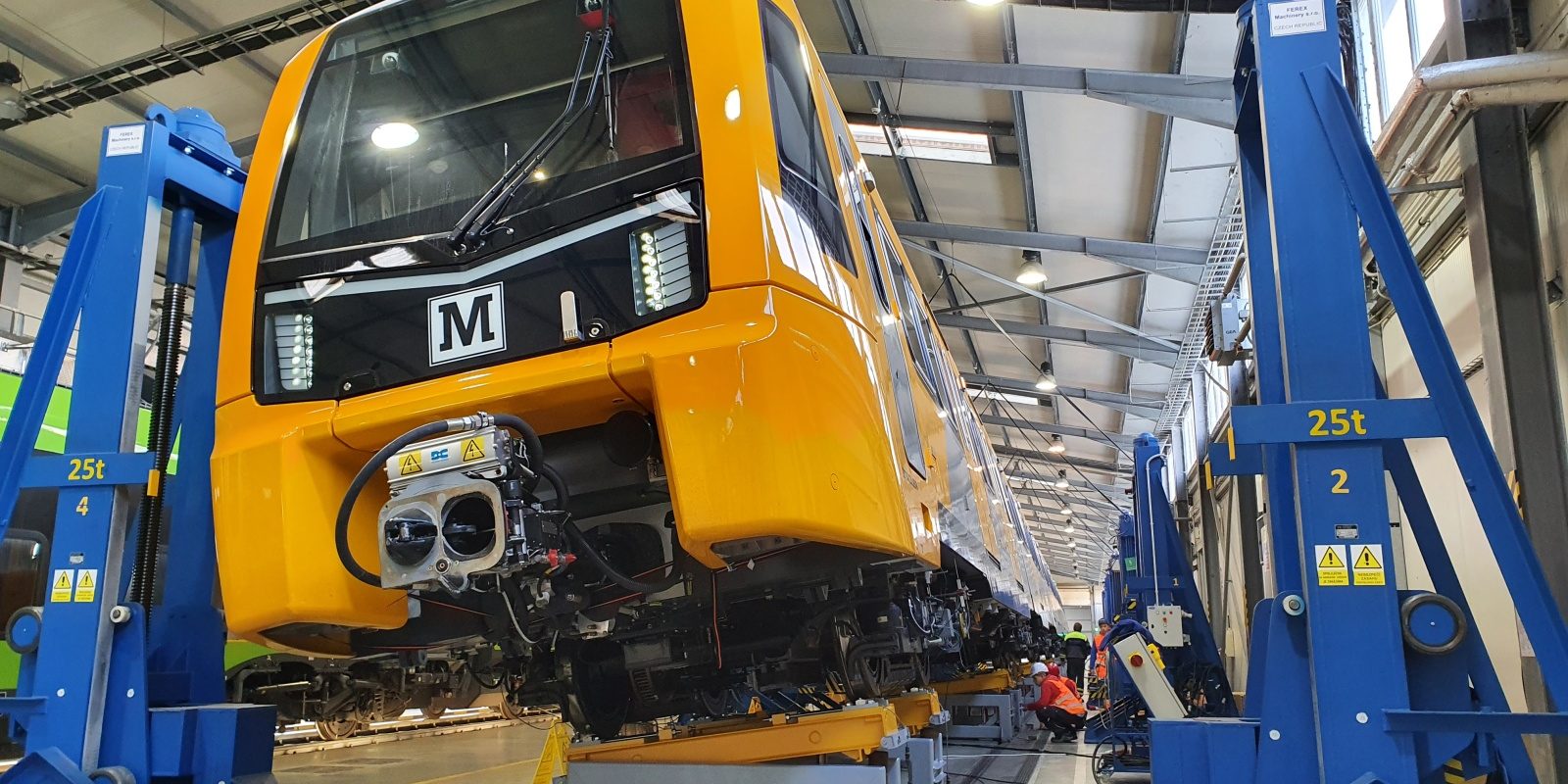 Stadler Rail will produce 42 five-car EMU’s for the Tyne & Wear Metro in Newcastle, United Kingdom. The VÚKV a.s. testing laboratory carried out stationary rotational resistance moment measurements on the measuring turntable in the new VÚKV testing hall, safety against derailment tests on a twisted track and sway tests of one EMU. Both last-mentioned tests were carried out using the VÚKV mobile test bench on the customer’s facility – the submitter of these tests was VUZ.

The severity of the tests was potentiated by the fact that the unit with 12 axles was tested as a whole. Another challenge was the customer’s above standard requirement – to simulate the cant of the rail as much as 300 mm (generally 165 mm will be tested). This was the reason why the test bench was uniquely adjusted to make such a cant realizable. The tests were carried out for two unit conditions (empty, loaded) and two air suspension conditions (operational condition with air and faulty condition without air). The test results which conformed with the customer’s expectancy were delivered to the customer continuously during the test.